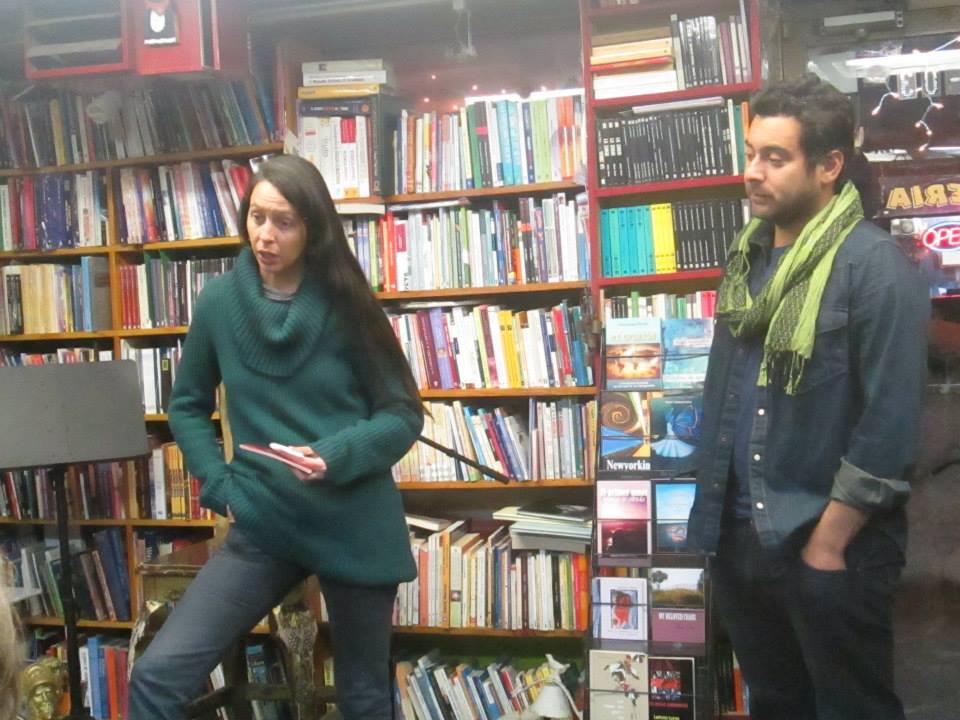 Barco de Papel Cultural Center began 2014 with the presentation of two Uruguayan poets who debuted in New York. Victoria Estrol who presented Bicho Bola, her first book of poetry edited by Yaugurú publishing house and which collects poems that the author has written in recent years. Victoria arrived in New York after a very good reception of her book by local critics in her country. Sebastián Pedrozo a primary education teacher, writer and book commentator, share the stage with Estrol. He is known in his country for his novels and stories for children, mainly with Editorial Alfaguara Infantil. Pedrozo not only writes for children, he has also published some works for adults and for this occasion he debuted as a poet with his book of poetry, After Shave.  See photos of the event on or Facebook page. 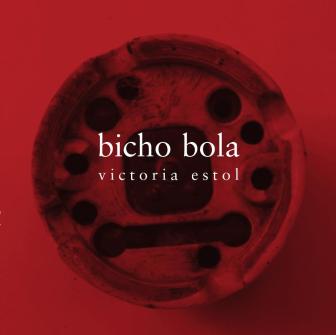 The El bicho bola o bolita o Armadillium vulgare, has the ability to roll, to cover itself with its own skin in the face of threats, in the face of fear. After the danger, he begins to unfold towards the outside world slowly, he takes out his soft and vulnerable parts to show that he is still alive and whole.

Victoria Estol’s first book seems to make the same journey: the first poems revolve thanks to the protection of a defensive hermeticism that allows her to go against everything; That is why the title of the section, “Let a train touch me” (…)

Already in the second section, the opening begins, its inner darkness emerges to fill the pages, the poem (…)

The last part of the book called “it is not right to be bitten by the same bug”, is the most metapoetic of the book. In this section it is possible to glimpse the minimum existence of a full daily life. The ball bug no longer closes in on itself under violent secrecy, nor does it metamorphose into other ink-covered insects; now he looks at himself in his little reality, stripped of his shell, one by one he takes out his legs to, first of all, to contemplate them himself ”
– Excerpts from the blog review Ya está todo escrito July 19, 2012

“No aspect of Ball Bug seems left to chance. Each verse feels like the result of a decantation process in which much more has been discarded than what we get to read. The cares are not exclusively literary: The  book has a really thoughtful design level ”
– La Diaria de Uruguay, July 25, 2012

“While reading, there is no need to establish influences, generations, supposed speculations. They are new words, which exist in the present, on the page. And when they finish, they make you want to read more poetry. From any country. In any language”
– El País Cultural – Montevideo August 24, 2012

“The poetry of is concise, everyday and refreshing”
– Búsqueda, Uruguay September 20, 2012 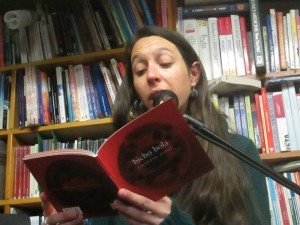 Victoria Estol (1983) was born in Montevideo – Uruguay. Trained in sociology and social communication, she works as a cultural manager. Her first book, Bicho Bola (Yaugurú, 2012) was well received by local literary critics. She obtained a mention in the “Pablo Neruda National Young Poetry Contest” and participated in the collective book, Anybody, co-edited between Uruguay (Ed. Yaugurú) and Spain (Ed. Libros de la imperdible).

She has read in various poetry cycles in Uruguay and Argentina. Some of her poems have been translated and published in the digital magazine The Cortland Review (New York – USA) and in the Italian magazine Quaderni Ibero Americani. 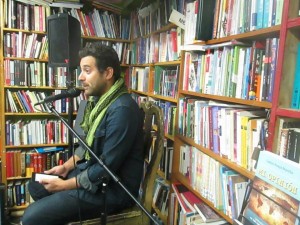 (Montevideo, November 8, 1977) is a Uruguayan writer of children’s literature and youth literature, a teacher, writer and fan of horror stories. An avid reader, his inspiring readings are the juvenile novels of the Uruguayan writer Magdalena Helguera and the English writer Roald Dahl which have influenced his writing. He began writing around the same time he received his master’s degree. He emphasizes that he considers being a teacher the biggest trigger in his early days as a writer. The first stories he wrote were told to his students. In addition to teaching, he comments on books in a magazine for educators and in a newspaper, where he combines his two passions: reading and writing. He also visits Educational Institutions throughout the country to present his life and works as a writer in Uruguay.

In 2003, his novel Las moscas también tenemos sentimientos – we flies also have feelings, obtained a mention in the annual Literature competition of the Ministry of Education and Culture, and was later published in Buenos Aires by El Barco a Vapor. In 2007, his short story Cualquier niño del norte -Any Boy from the North received second prize in the “Los Niños del MERCOSUR” contest, which was later published in Córdoba and translated into Portuguese.
In Alfaguara Infantil he has published: Historia de un beso –Story of a kiss (2007), Terror en el campamento –Terror in the camp (2009), La piel del miedo –The skin of fear (2010), Cómo molestar viejas sin ser atrapado – How to bother old women without being caught (2011), Terror en la ciudad –Terror in the city (2012) and Cómo hacer reír a una vieja sin que pierda la dentadura –How to make laugh  an old woman without her losing her denture (2013). He also published Gato con Guantes por RHM Cat with Gloves by RHM (2012).

For adults he wrote Hotel Cabildo (2011) and Malas Tierras (2012) in Editorial La propia Cartonera. And this year he will publish his first book of poetry, After Shave, in the same publishing house.