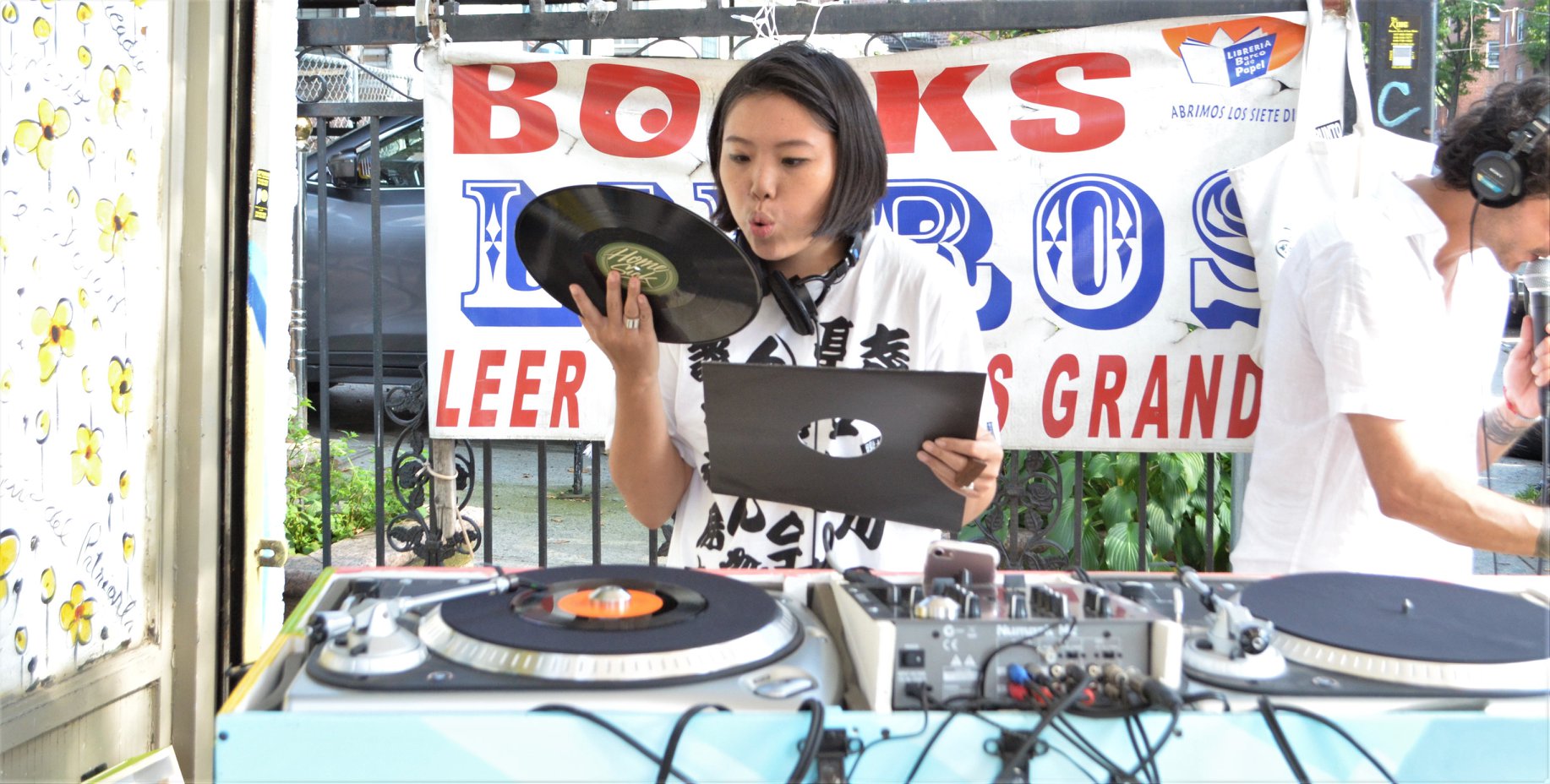 The Queens Borough Bounce series kicked off on Sunday 7 2019 with a musical caravan making stops in Jackson Heights, Elmhurst and Corona. The Sonicycle in action  mapped the sites, sounds, and memories of neighborhoods and communities along the historic MTA 7 train line. 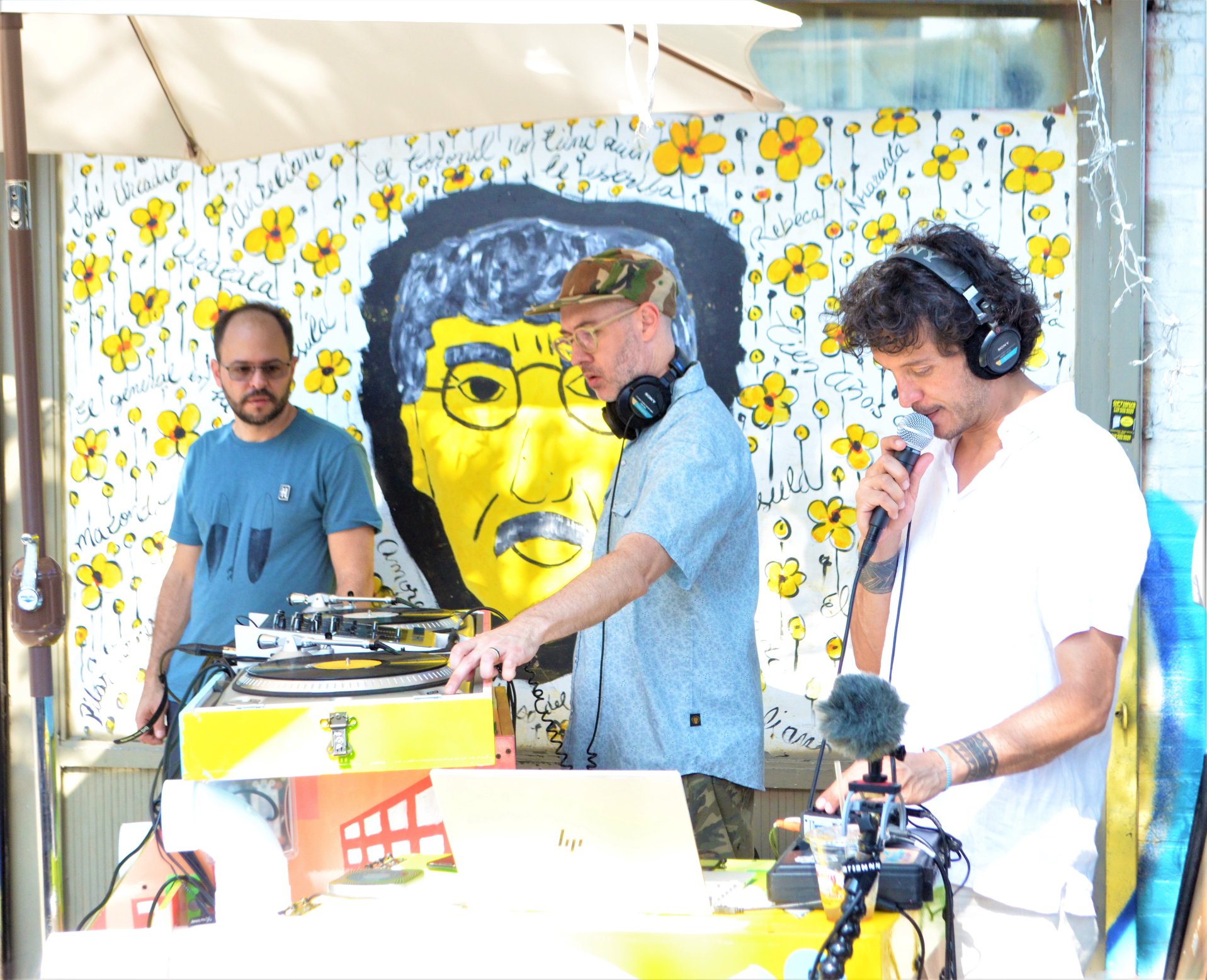 Los Herederos  partnered with Names You Can Trust and Radio Mixticius for a live broadcast from one of the world’s most diverse acoustic environments. DJ Little Dynasty spun  beats from Bhangra and Bollywood to Bachata, Boleros and Cumbia. People who brought their own vinyl and song requests learned about this cutting edge Mean Green Dancing Machine. 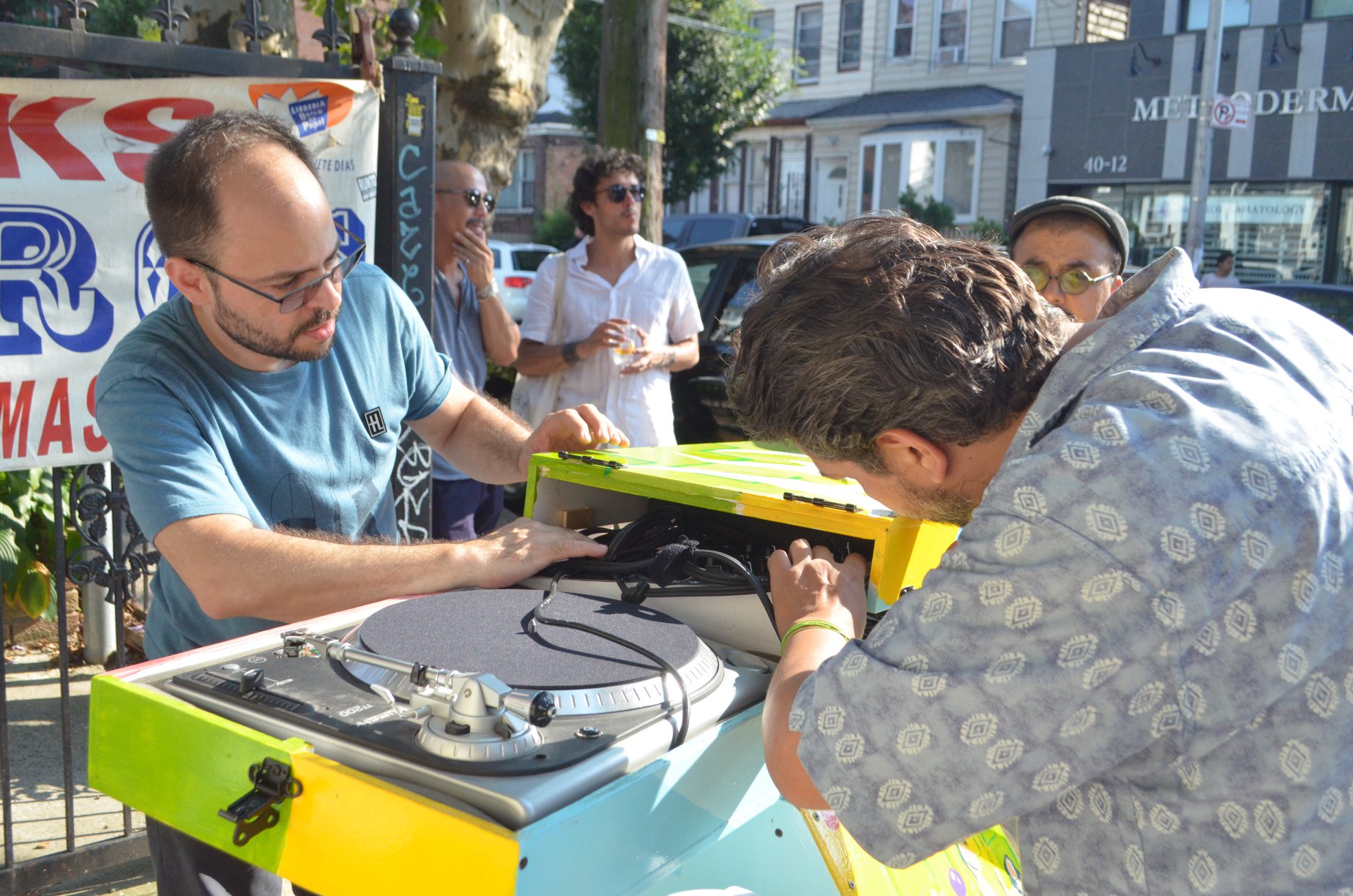 Artist, DJ, activist, long time residents or new to block, business owners, community leaders were invited to share the sounds, smells and sensory experiences associated with home.  Some participants joined the group on the bicycle ride that included stops in Diversity Plaza, Librería Barco de Papel or Park of the Americas. 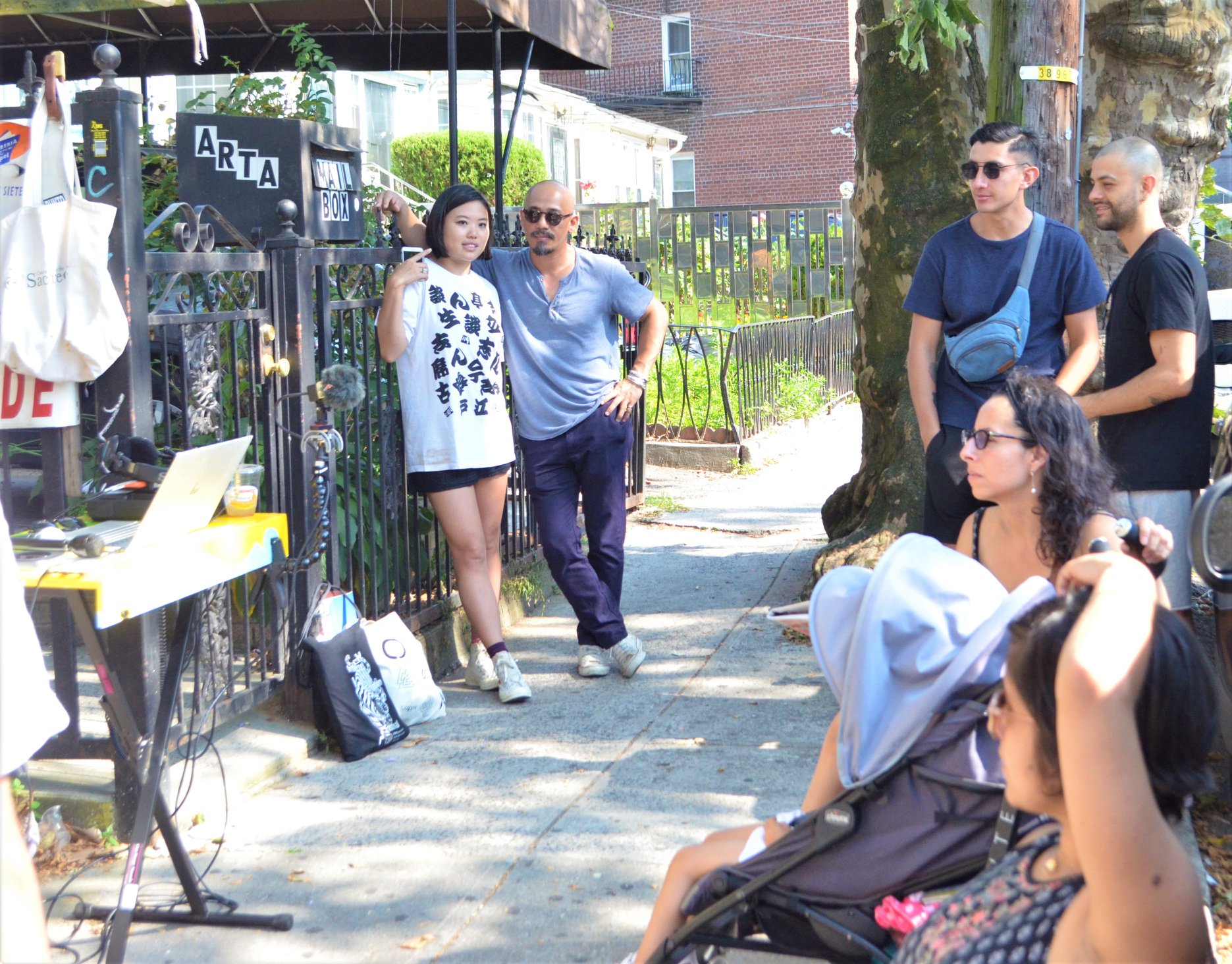 Queens Borough Bounces was filmed and documented via a variety of audiovisual capabilities. All content contributed to the creation of a Queens Sonic Memory Map forthcoming via the www.losherederos.org. 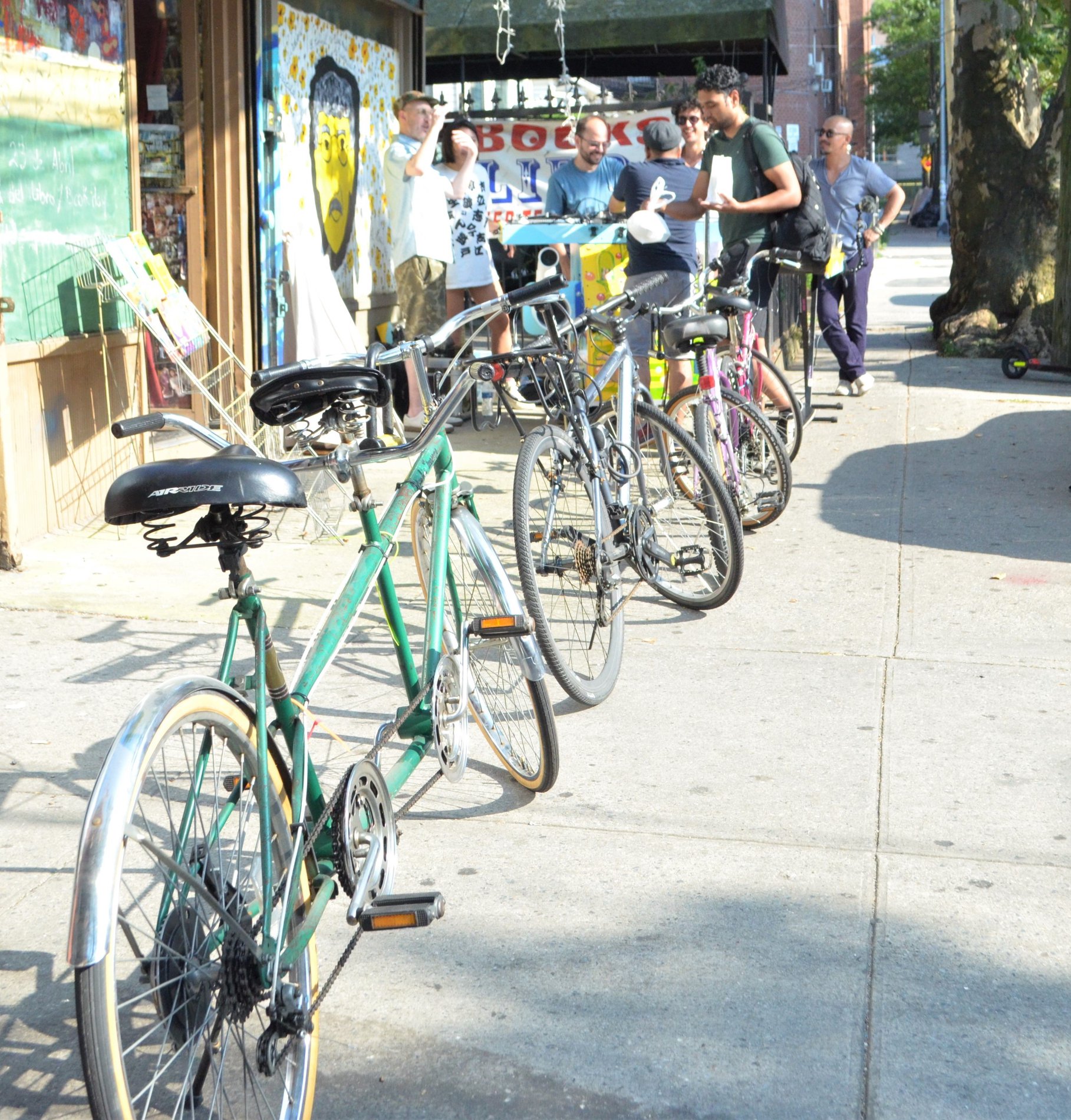 2nd Parranda of Kings in Queens

The Heart of Macondo through the Streets of Queens